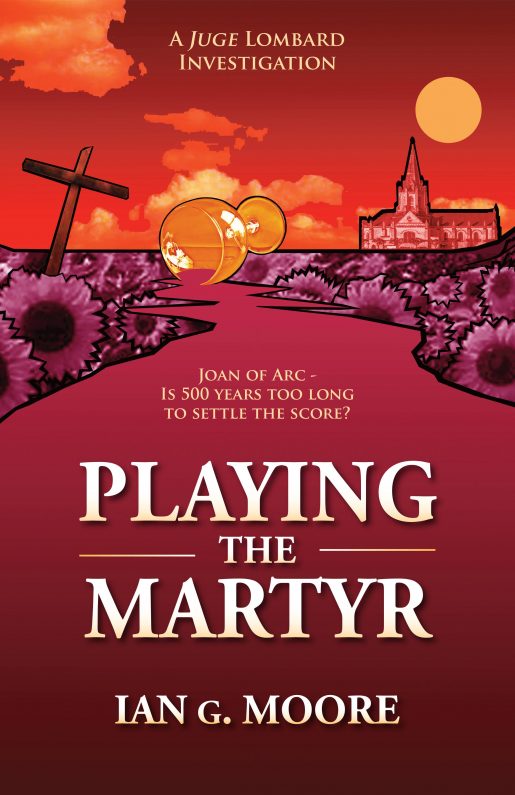 My first fiction book is out now, published in paperback and on Kindle!

Entitled ‘Playing the Martyr’, it’s a thriller set in the Loire Valley in France…

“A retired Englishman is crucified on the banks of the Loire Valley and the peace and quiet of rural France is shattered. Blackmailed into leading the investigation, the recently widowed Juge d’instruction Matthieu Lombard knows exactly how it feels.

An apparently innocuous victim and held in high regard by the French locals, who would target the Englishman? And why with such cruelty?

The death a few days later of a local bar owner suggests a tit-for-tat killing, or is someone using the 500-year-old story of Joan of Arc to stir up tension between the French locals and the British expat community?

Lombard must use all his ingenuity to breakdown the wall of silence in small-town France and avoid the failure his bosses are hoping for. Will his half-English, half-French background help? Will it give him the freedom to move inside both communities or, as experience tells him, does it mean he’ll be trusted by neither?

A brutal attack on a young American forces his hand, revealing a gut-churning connection with his late wife and laying bare the grand Loire river for what it is; a calm surface hiding a fatal, hidden, undercurrent.”