Monsieur So British #22: Lost and Found 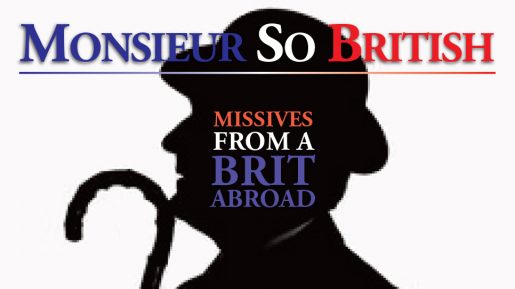 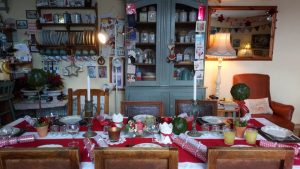 Nobody bends at the knee more than I do to the French. I’ve said it often, but they just have their priorities right. Like most continental European countries the priority is not work, it’s family, it’s meals over productivity, quality of life over quantity of must-dos ticked off. But, and this pains me, they just have Christmas all wrong. Firstly any country that doesn’t acknowledge Boxing Day and its preeminence as the best day of the year has issues, but that also has a knock on effect. Yes, Christmas is about family, but that means family has to finish work on Christmas Eve, try – strikes permitting – to get where they need to get and then, only then, when everyone is gathered, can Christmas begin. The Christmas Eve evening meal, in my experience, usually starts around 11pm, and that just doesn’t work for me.

In the past we’ve hosted as many as 25 people for Christmas Eve, before then sneaking around with presents trying not to wake the children, before being woken at the crack of dawn not by excited kids but the need to get sprout, potato and Turkey prep done for it all to start again as the locusts rise expecting another feast. Christmas for me didn’t just become a routine, it became something to be feared. A looming presence on the calendar that would bring certain misery. I fell out of love with Christmas.

This year then, would be different. It would be just a small family gathering and centred on the children, Maurice and Thérence and their cousins, Max and Manny. It would be strange not having Samuel, our eldest there, but he was working on his gap year in the UK. Despite his absence, this would be the kind of Christmas I’d craved for years, no pressure, no stress and lit by childish faces expectant and excited for Christmas morning. Christmas is nothing if not the avaricious looks of wild-eyed capitalist fed hunger on the faces of the innocent weens, backed up by the sloth like movements of hungover parents. I’d missed it frankly and was determined to stick to the plan I had in mind. The plan though nearly faltered at the first hurdle when a necessary medical appointment came through for the morning of the 26th of December.

It was an odd appointment to begin with. In order to qualify for the expensive Rheumatoid Arthritis treatment I have to try all the other drugs and I had been on this new drug for a month. It doesn’t do much for the chronic pain but it does add severe gastric issues, reflux at every meal and memory loss from the fatigue that it’s supposed to combat, but doesn’t. As a result I have to see a Gastroenterologist to confirm that this drug is doing more harm than good. It’s a very important appointment, but not important enough to muck about with a fellow’s Boxing Day ritual. No Sirree. And so the appointment was moved back a month, by which time I expect the Rheumatoid Arthritis to be a secondary issue to my being permanently chained to a dialysis machine, but having had the best Boxing Day in living memory.

Nothing was going to ruin my Christmas.

Nothing. Which is not to say that fate didn’t try.

We had a gas leak just before Christmas and were evacuated by the fire brigade who put the house in a kind of ET lock down scenario, did that get in the way of my plans? No. Was it my fault that the pipe on the gas bottle had a use-by date of October 2006? Probably.

Our BnB was full on Christmas Eve, and subsequently through Christmas, and a series of power-cuts meant that I spent far too much of Christmas Eve itself hiding in a damp corner by the trip switch ready to flick it back on. Did that electrician incompetence ruin my festive mood? Yes, yes it did. But I rode it out like the trouper I am.

Nothing was going to stand in the way of over-indulgence, seasonal goodwill, argumentative boardgames and a packed programme of Christmas films. Plus I had a licence to overindulge, everybody kept telling me how well I looked, and that I had ‘lost a lot of weight’ leading me to conclude that I must have spent much of the preceding few months as something of a bloater, so at least this medication was good for something.

There were down times obviously. Maurice insisted we go and see a football match in Tours on the 29th. It was a charity match in aid of Guinea and was being organised by Paul Pogba ‘and friends’, those friends would include Antoine Griezeman, Blaise Matuidi, Robert Pires, Emile Mbappé and a host of other current and former French footballing royalty. One can only assume that Paul Pogba is Billy-No Mates then as he was the only one of the stars who bothered to  turn up. Not that I could really blame them as from where we sat in the stands it was about minus 2, but all the same, we left at half-time along with about 70% of the grumbling crowd. But that wasn’t the worst of it. Maurice had, as he always does and because he’s an optimist, taken along his autograph book and somewhere in the frozen, grumbling, trudging boredom, it got lost.

It doesn’t sound much, it really doesn’t. And many of the more precious autographs had been removed and framed, and hang on his bedroom wall. They were an eclectic collection mainly of people I’ve worked with, Richard Osman, Kelly Sotherton, AP McCoy, Charles Dagnall, Emily Railsford-Brent, Ian Poulter and so on, but it meant so much more to Maurice.

I hugged him and said we’d do everything we could to get it back and he didn’t cry, he just looked so sad.

‘It’s not even the autographs,’ he said quietly, ‘it’s just that I’ve grown up with that book. To me it’s part of the family.’

It felt, looking back, and the way he said it, that it was an end to his childhood innocence. That the world, with its mocking, capricious nature, had slapped him around the face and said, ‘Wake up, kid. Time to put away childish things.’ It was the world I’d tried so hard to keep at bay since the start of Christmas, well for most of the last six months really, but which inevitably will always have the last word, just to let you know who’s boss.

We persuaded Maurice to go to a party on New Year’s Eve, which he did reluctantly, leaving just Natalie, Thérence and me to see in the New Year. By half ten Natalie and I, as usual on New Year’s Eve, were seriously flagging. We kept catching each other’s eye guiltily, not sure if we could stretch to midnight but we hadn’t banked on Thérence and his insatiable energies. And so, the last 90 minutes of 2019 was spent watching the tireless-T do a series of ‘impressions of famous cricket bowling actions through the years’. A bizarre, hilarious journey through the mind of an irrepressible 10 year old, it was easily the best New Year’s Eve for years and the first that I’ve reached midnight on since about 2010.

Did that mean that 2020 would be a good one? I’m not one given to looking on the bright side, that way disappointment lies, and if I’d recently rediscovered my love for the festive season, I was still hugely suspicious of New Year. Specifically the fourth of January. Natalie and Samuel share their birthday on January 4th. Samuel was born on Natalie’s 30th birthday. In the same hospital. Delivered by the same midwife. Joseph’s feelings on the whole Nativity thing tend to be under-represented, but because of January 4th, I have an inkling of what it’s like to feel utterly irrelevant in these things, the play thing of some higher power. It was also the day we moved to France 15 years ago so it’s a big day in the Moore calendar but for once, Natalie was dreading it. With Samuel being in England it would be, she said, ‘the first birthday in 20 years I’ll be without him.’ She said this to me in the car, the day before her birthday, and while we were parking in the IKEA car park in Tours so it’s fair to say neither of us looked particularly happy at that point.

My phone went off, it was a text from Samuel. ‘Just boarding the plane. See you later x’

It had been Samuel’s idea all along. He hadn’t been home in five months, and wanted to be with his mum for their birthday. The bond, I imagine, must be almost like that of twins, a strong sense of each other that doesn’t need to be articulated, it’s just there. I had arranged his flights and the plan was to try and get Natalie to the airport without raising her suspicions. That I failed in that regard is more down to the fact that my wife has a relentless curiosity and a suspicious nature, and five minutes short of the airport she couldn’t contain herself any longer.

‘I daren’t say it,’ she blurted out, grinning so widely she looked like Zippy from Rainbow, ‘but I think I know what you’re doing!’

It was a lovely tearful reunion, and just the first that evening. Maurice and Thérence had no inkling of our plan either – it was all very much on a need to know basis – and Samuel sauntered into the lounge just as Thérence emerged from the kitchen. Thérence stared at him for a few seconds, as if he didn’t recognise this stranger, then he leapt into his brother’s arms and wept. He wept uncontrollably, totally overwhelmed by it all, and stayed in Samuel’s arms for a good ten minutes sobbing. Maurice heard the commotion and came downstairs, he beamed, some faith restored perhaps, and joined the other two in a hug. Natalie cried again. So did I.

That’s one helluva start 2020, you better be able to keep this up…