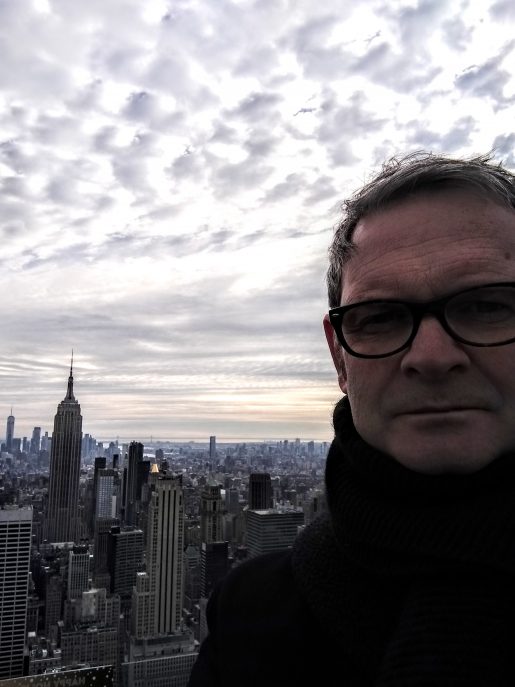 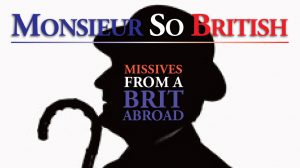 It started off as a fit of pique. It’s a skill I’ve developed over the years is piquery – if that’s the word. Throwing a huff, a hissy fit, call it what you will. Anyway, Natalie and the boys had left me home alone for what felt like most of the summer, it was a week, and on their return started planning their next jaunt to visit family and leave the faithful old retainer once again looking after the place, dogs, cats, livestock and B&B guests. Well, I’d had enough.

’So!’ I huffed, like Mariah Carey if the requisite number of puppies aren’t in her dressing room, and stalked off to my office. I emerged 30 minutes later having booked one return ticket to New York and a hotel just off Times Square. ‘I’ve got a holiday coming up too!’ I slammed the confirmation paper down onto the table and looked around the room in victory. Then guilt hit me. Then the cost hit me. Then I then spent the next four months trying to cancel the whole thing. It wasn’t just the cost, I’d earned a present to myself quite honestly, but it was the thought of going alone. In one respect, I mean without Natalie. I have romantic notions about New York, fed constantly by rewatching films like When Harry Met Sally, Annie Hall, Manhattan Murder Mystery, An Affair to Remember and so on, but Natalie isn’t interested in New York so she wouldn’t have wanted to come anyway. No, what was bugging me was the thought of doing it alone, of being there on my own. I found the idea quite daunting. Now I’ve spent over 20 years on the road as a comedian, I’m used to being alone, but the brutal truth is, I’ve got worse at it. Less able to cope with the solitary nature of touring. The travel part I can do easily, my spy film delusions cover that. It’s the hotels, it’s the downtime alone in your room, over the past few years I have found that much, much harder to cope with. There was a time I craved that kind of anonymous hotel solitude, now I fear it. I fear being alone with myself for long periods.

Going to New York for four days in early January therefore was a monumentally stupid idea. But the tickets and reservations were non-refundable. I was going.

Ninety minutes into my wait in a US immigration queue I was beginning to think I might not even get in. The doubts creep in in these situations, have I applied for the correct visa? Am I in the right queue etc.? The child in the buggy behind me was obviously suffering from the same doubts and threw up all over the floor. Her embarrassed parents, probably fearing separation by the authorities, apologised to one of the border officials, who nodded solemnly and moved five metres to the right, to the other side of a pillar in fact, ‘I’m going over here,’ she drawled, ‘that way I can’t see it.’

Within another half an hour I was in front of an official from Immigration and Border Control, who was leaning back in his cubicle so far that I suspect he may have been sitting on a deckchair.

‘I’m a writer.’ Never say you’re a comedian, they think either you’ll be doing gigs and want to know why you haven’t got a work permit, or worse, ask you to tell them a joke. I had actually arranged a gig for my last night and proudly said so on social media before being warned by wiser heads to take it down in case the US authorities saw it and sent me home immediately.

‘You ever been to Noo Yoik before?’ he still didn’t look up.

‘What are you gonna do foist?’

‘Probably go to the toilet. I’ve been queuing for two hours.’

Now he looked up.

His lip moved slowly into a snarl while his whole face exhibited such utter disgust that that poor child might have thrown up on him and not the floor. He gave me my passport back.

I’d been advised to spend a little money and get a yellow cab into New York proper, see the lights that way and get a feel for the place, see the steam rising out of the drains for instance. It was good advice too and I felt immersed immediately. So much of it is familiar anyway from film and TV, but the recognition combined with the sheer scale of the place is just breathtaking, even at night. The road signs to places you know but don’t know, the outline of buildings you’ve grown up with but never seen, the hundreds of iconic yellow cabs that feel as much a part of you as a London Black cab. All my doubts about coming to New York went in that half hour cab ride. I hadn’t even got to my hotel yet and I was already regretting not coming earlier in my life. I was in New York city baby, and this cab ride was like the perfect opening credits to my adventure. I hadn’t felt so exhilarated in years.

A combination of jetlag and time difference but mostly childish excitement kept me awake until four the next morning. I unpacked my suits, went for a walk along 8th Avenue, had a couple of beers in a bar across the street from my hotel and bought a slice of pizza which I ate in my room watching Cagney and Lacey on YouTube. I knew exactly what I was going to do first, I was going to take an open-topped bus tour and get my bearings. I checked the schedules, the first bus was at 8am so I set my alarm for seven, feeling like a kid on Christmas Eve.

An open topped bus Tour might sound like a cheesy thing to do, and I may have looked an odd sight sitting on the top deck in the open air, wearing a tweed Edwardian frockcoat, my face frozen as the freezing, sub-zero wind iced my features into a botox-like rictus grin, but it’s the only way to get your bearings. I took the 8am downtown bus, saw all the sights, got off midtown on the way back at the United Nations building (North by Northwest), walked through Beekman (Annie Hall) to Fifth Avenue (Breakfast at Tiffany’s), and then out to the ice rink at the Rockerfeller Center (Sleepless in Seattle) and Radio City Music Hall (Radio Days). I couldn’t stop smiling. I was also too excited to eat. So I got on another bus tour, this time going uptown along Central Park West, through Harlem and back down the other side of Central Park where I got off and wandered around the East Side before spending a couple of hours in the legendary Argosy second-hand bookstore. All the time I couldn’t stop grinning. I was like Frank Sinatra, Gene Kelly and Jules Munshin in On the Town, I’d done New York in a day.

The only thing left to do was eat, and this is where the doubts returned.

I’m not good at eating alone in public. I have this absurd fear of embarrassment, a crippling loss of dignity. What if I spill something? What if I mistake the salt for sugar? What if I use the wrong cutlery? It’s a nonsense obviously, nobody cares. But on top of that, there was another fear. The new medication had left me with Tsunami like acid reflux, and it happened at every meal. A totally disabling gasping for air, crippling pain and my face turns bright red.

How was I going to get around that?

The answer was that I wasn’t. I bought another slice of pizza and took it back to my room, trying not to feel deflated. I’d had one of the best days I can ever remember, New York, so far at least, had certainly not disappointed though it felt slightly disheartening to be sloping back to my room to hide my eating troubles from the world. And anyway, I shouldn’t have, up until now New York had been like a Disney fantasy, fulfilling every expectation I had of the place so I should have gone out for a meal on my own. I mean, what could be more New York than on my first night to start choking in a Broadway deli and be rescued by a native New Yorker performing the Heimlich Manoeuvre? I missed a genuine tourist opportunity there.